Continuing on from the reveal of the first completed piece in my last post, I kept working on this model in the afternoons and on weekends as a meditative and skill-testing hobby. 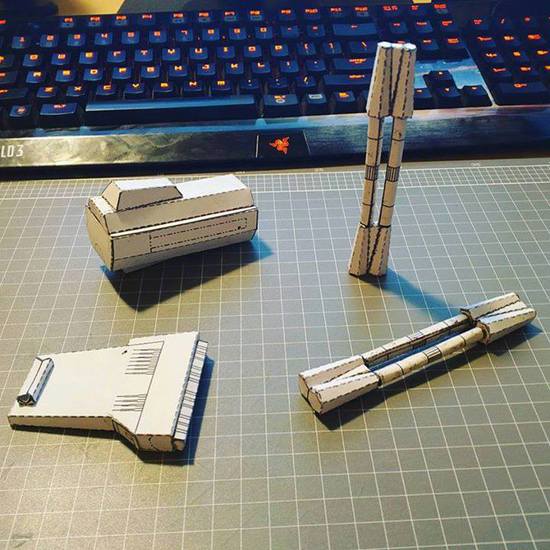 In the above pic I have all the completed parts for one wing. The little tubes on the wing sections caused me probably the most grief, just really fiddly and hard to keep formed when using this cardstock (~200gsm). 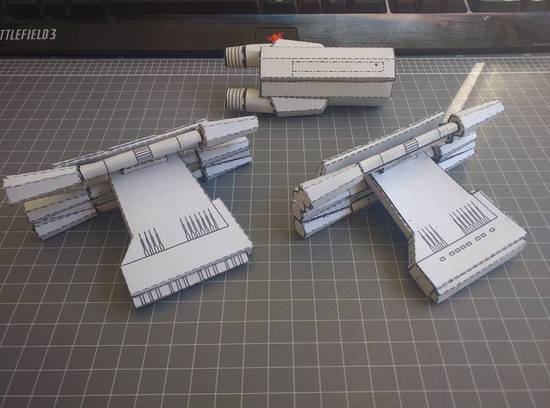 For the last three tubes in the wings I worked out a much more efficient way of giving them their shape; I formed the tube and glued the tab underneath the other side, then pressed the tube almost flat (with the join facing up) until it had sealed well and then reformed it into a cylinder and closing the end parts. 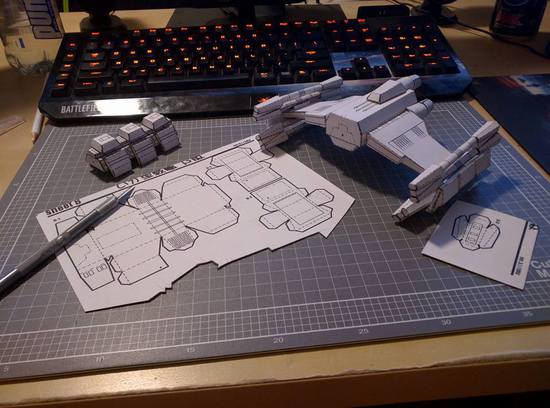 Here you can see the completed engines/wings section and the middle portion, with just the front/head section remaining to be assembled. 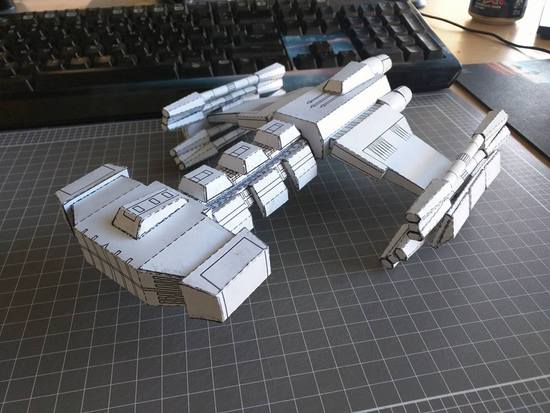 This is a front view of the completed Terran Battlecruiser from Blizzard’s StarCraft series. 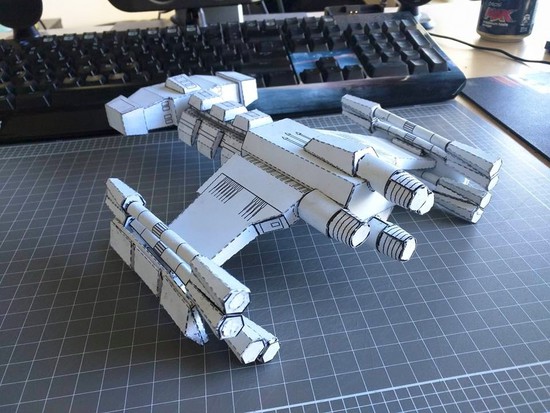 Here’s the back of the completed Battlecruiser.

This was a lot of fun to put together and definitely helped me brush up on my skills a lot. I think I’ll continue doing more papercraft and even have my next model lined up: the M41A Pulse Rifle originally from the movie Aliens and featuring in many of the games in the franchise too.

UPDATE (2016-05-26): I ended up abandoning the M41A, I ran into a number of troubles with parts that didn’t quite fit and it became a lot more trouble than it was worth to try and salvage it. Most likely my fault when trying to fit the letter pages to A4 I think I varied the settings on different pages.