For a long time I’ve wanted to run some form of “cluster” at home. Given I make less than $500 million in annual revenue Cray won’t return my calls and I’d rather suck eggs than deal with IBM, so I eventually had to set my sights a little lower.

So for about 5 years now I’ve wanted a Raspberry Pi cluster. I had my eye set on a PicoCluster five node kit, but with the Raspberry Pi 3B+ still being limited, I wasn’t super convinced. That changed after the Raspberry Pi 4B came out and had more than enough power to replace a few ancient and crumbling pieces of technology I owned that were limping along hosting some things for me. After a tax error in my favour I finally made the decision and last week the components finished arriving and I got about to setting it up. 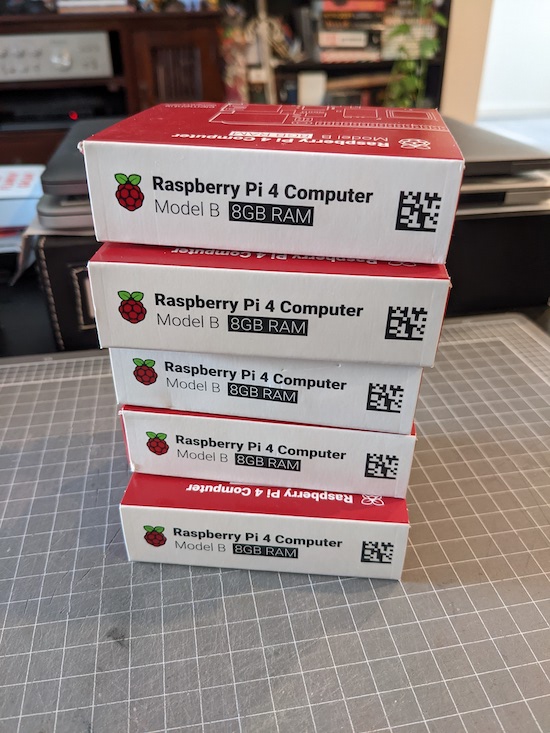 The boards I was familiar with. I currently have a Raspberry Pi 4B 4GB running OSMC (based on Kodi) attached to my TV acting as a media server. It’s connected via a file share to our NAS so we can watch movies and TV shows on the TV or stream them to our own devices.

I spent a few quiet hours on a weekend afternoon assembling the kit, enjoying the tactile feel of screws and panels, wiring up power supplies and ensuring everything was in the right place. I think part of that was a necessary element for me - an afternoon with no responsibilities where I could just follow some simple instructions, putting together a beautiful piece of tech.

And what a beautiful piece it is. 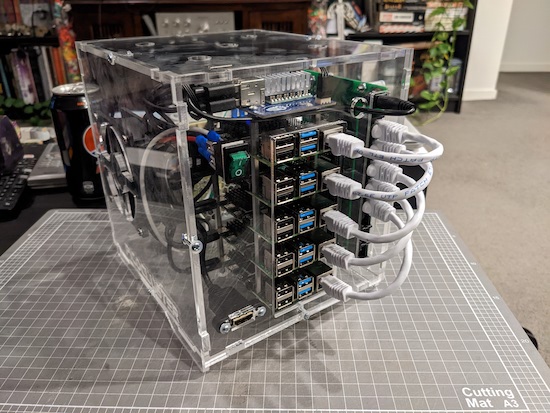 While not as luminous or fancy as some projects out there, the acrylic panels feel like a nice throwback to the turn of the millennium design, while still being functional all through.

I’ve got a long weekend coming up, during which I plan to experiment with the operating system, software, and application side of this cluster, I’m sure I’ll have more posts after my first adventures.