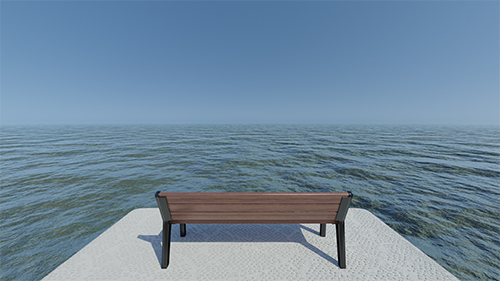 Sitting here with you on the jetty at the end of the world should have been romantic but even then you spent all that time arguing that it was probably a pier.

I wanted to create something serene, something that blended an infinite horizon and a clear blue horizon - the likes of which I see often in my city during summer.

To achieve the water, I took a texture of some some thick grassy ground covering from Quixel Megascans and then multiplied it with a rotated tile texture (Blender node from Polligon). I used a very simple noise texture as the displacement to get the wave effect and then turned the roughness and metallic values to zero for the ultra-reflective watery look. Lastly I increasedd the hue and reduced the saturation to get a better look on the water/grass.

The jetty/pier/esplanade consists of a small Blender cube, stretched and then bevelled with another Quixel Megascan texture. The bench that sits atop it is from CGAxis with some changes made to the wood, reducing satuyration and then increasing value highly to get a better colour and staining.

Lastly I used a HDRI from HDRIHaven which I mixed with a default blender sky texture shader. To prevent the stuff on the horizon of the HDRI showing up I rotated it using a Mapping node, which creates the effect shown below. 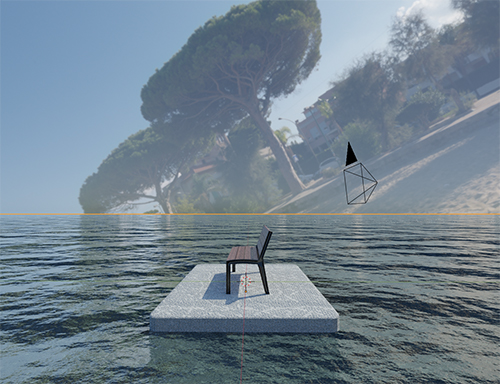