I know I haven’t been posting as regularly, but things have been hectic. New job and some mental health stuff have limited my ability to work on my technical projects. But instead I’ve been trying to keep busy with something else.

At some point Facebook and Instagram both advertised to me a 50% off sale on 3D art assets from KitBash3D. Now I’ve always been interested in 3D art and 3D rendering but never had the time or impetus to focus on it, however I decided to splash out and grab a kit. I had some spare money and maybe it’d provide me some entertainment and relaxation.

I’ve been doing some writing on and off for a while and wrote about the intersection between that and technology a bit ago, but have now branched out into building my weird worlds in 3D with some associated writings.

For each of the below images, you can click on them to see a high-res (4K) variant that can also be used as a desktop wallpaper. 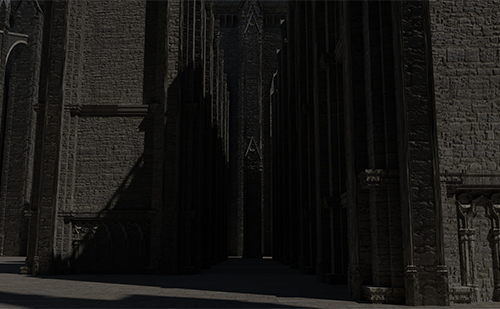 Guarding a fort so far inside His territory was an exercise in boredom - nothing of this realm could strike here.

But boredom soon turns to laxity, laxity to indulgence and then vice, soon addiction, and now you’re bound to a new master. An enemy who never fired a shot.

This is my most recent render, and involves the use of a few elements from the Gothic kit that I first purchased. The floor is a single plane element, but uses a mixture of the texture from the walls of the elements surrounding it and some high-res dirt blended in with it. 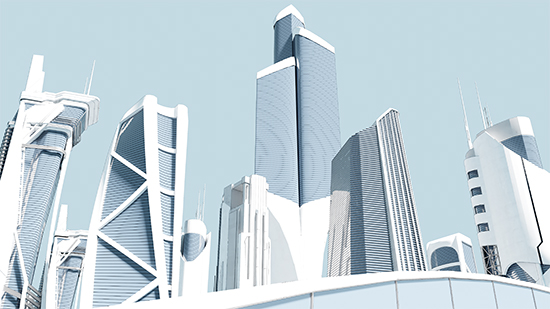 Overland may not have had beaches - you can’t really when you’re entire city is 4000 feet in the air - but it had fresh air, it had hope, and best of all: it had places to skate.

After having a lot of fun with the Gothic kit, KitBash3D sent a bunch of offers through, including a coupon for a free use of the Utopia kit (to help create art for the dark times we’re living in right now). So I picked that up and had some fun trying to use the “Freestyle” rendering feature of Blender to add a cel-shaded/linework effect to the objects. 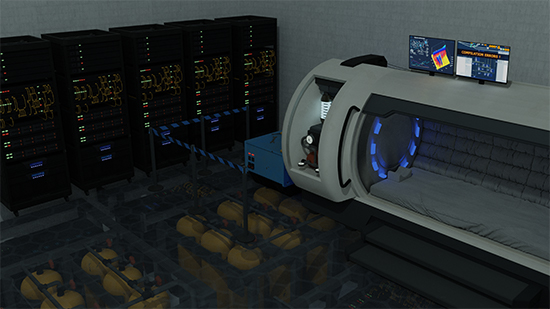 Guys really live in labs like this and don’t see any issues.

(You can’t seriously be 24 and expect me to share a cramped single revitalisation chamber with you? Also your basement lab has no windows and yet you wonder why you’re so vitamin D deficient?)

This was a lot of fun, using the Secret Labs kit which was on sale for 50% off when they released it. I was playing off some earlier fiction I’d written about a mad scientist ex-boyfriend and managed to create a small part of that fictional world in this render. It’s not really visible unless you see the 4K version, but the glass has a hexagonal pattern, the monitors are glowing slightly, and I’ve colour-graded the whole shot for a different effect.

Learning how to make some sort-of-transparent textures that still had an imagery effect was a lot of fun, definitely something I’d be experimenting with later.

The One That Watches Over 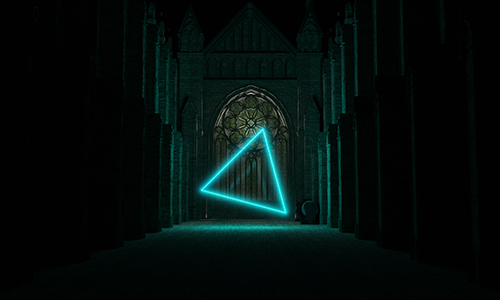 One day it showed its true form to us, but this is all we could perceive. We cried, for it’s nature would be forever beyond our ken.

This was just suing using the gothic elements I picked up originally, but I worked hard to get a translucent stained glass window effect working, and then created a glowing “torus” with only three major segments (making it a triangle) and applied an emission shader in Blender. Finally I created a compositing step which added the glowing foggy effect to it.